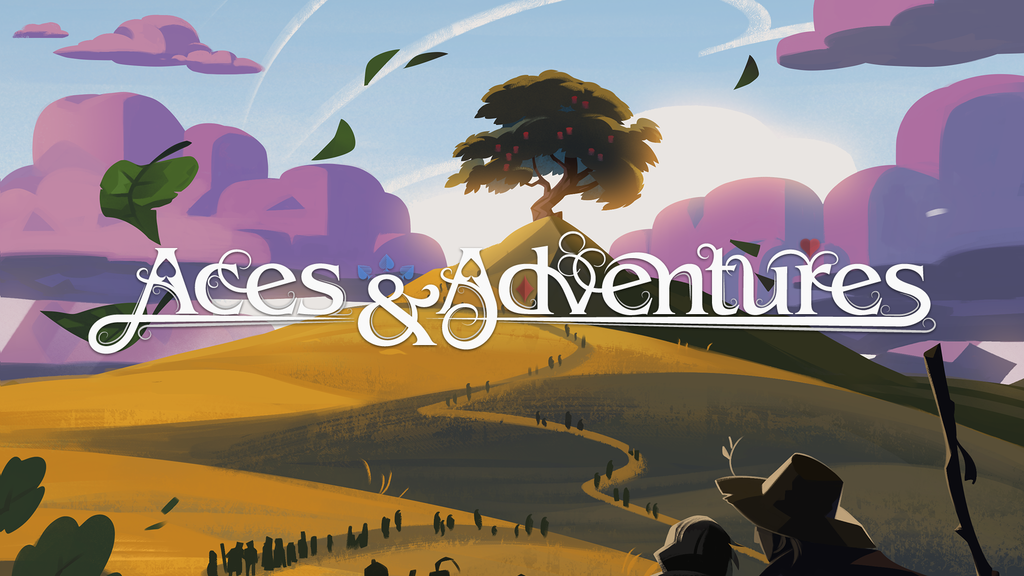 Aces and Adventures is a roguelite deck builder with poker-powered combat. Save the Life Tree from the evil that gnaws at her roots.

Latest Updates from Our Project:

We're happy to announce that a new patch has gone live on our Beta Branch. If you'd like access to the Beta, please join us on Discord. You will need a password to access it, which I will post there. I will also be assigning the Discord role rewards for those who backed at the "Cardian" ($30) tier or higher, so please join in if you haven't already.


The patch includes the first pass of the Plus games, Summer, Fall, and Winter, and we'd love your help and feedback on the difficulty they present. There's also a lot of rebalancing, trait reworks, and new abilities galore!


There's another major announcement coming soon, but unfortunately I can't say much yet. I will just say that it's very good news for the game and its future, so please stay tuned!


One last note on the physical rewards, they are about to be ordered, so you can expect them to be mailed out later in the month.


We hope you enjoy all the new content, and look forward to your feedback,

First off, just wanted to update everyone about the keys coming from Backerkit. Apparently, their system is just waiting for Kickstarter to finalize the collection of funds before rewards are disbursed. Not sure exactly how long that will be, but I've heard it can take up to two weeks after the campaign's completion. This grace period is designed to let backers resolve any payment issues.


Now on to the playing cards! Here's the final tuck box:


Thanks as always for your patience and support,


Quick update here to let you know the surveys are coming soon. Please check your email for a message coming from "Backerkit." I don't think it will be picked up by any filters, but just in case, make sure to check Spam or other filtered results if you haven't received a message by tomorrow. If it's not there either, then please reach out to me via Kickstarter, and I'll do what I can to get it sorted out ASAP!


You may receive multiple messages, one with a survey and another with rewards. The rewards that will be going out immediately will be the Steam keys for all the games, Aces and Adventures, and both Popup Dungeon and Ring Runner for those who backed at the $50 tier. There should also be a download for the digital wallpaper pack included at all backer tiers ($15+).


Thanks so much for your support,

We truly appreciate your support in helping us make Aces and Adventures a reality. We will continue to do everything in our power to deliver the best game possible, and we hope to have some exciting news to share with you in that regard soon!

In the meantime, as we finish up the artwork for the Enchantress and Hunter, I'd like to give you a glimpse of how they play as well as a look at the new volumetric fog effect added to our lighting system.

The first rewards that will go out are the keys! Please expect an email from Backerkit in the next few days -- a grace period is given to remedy declined cards and correct other errors. The email will be directed to whichever address you used for this Kickstarter account. I will post an update once the keys go out, so that if you missed it, you can simply message me, and I will be happy to help you! A new patch will be live and waiting for you.

And if you super-mega-ultra can't wait, please message me tomorrow on Discord!

The less who know a truth, the greater power the knowing of it holds. And if few enough know it, a simple truth may become as magic.

There is a sage which rumor names Nazim who has chased such truths from mountaintop to deepest tomb. If you could place the pages of his mind on shelves, it is said, they would form the grandest library the world has ever known. His age can only be guessed, but from the many stories cold drinks after long walks have coaxed him to tell, his journey has been long.

When he was a young man, who believed himself wise, he would say that he collected truth in place of gold because the weight of each coin only made one sink deeper into the sand. Knowledge, on the other hand, was as the sky between clouds. But as the wrinkles spread like wings from his eyes, these words came less often, until the echo of their memory mocked him.

The arabesque of many interwoven truths cast a sinister shadow in the light of his thoughts. What they formed, he had not read in a book or seen chiseled in stone. It was revelation... dark and heavy. So heavy in fact, it is said that he struggle up a dune to rest beneath the shade of a small, white tree, and never managed another step. Or perhaps he thought it best that what he knew would go no further.

Stand and walk again, Champion, for it is only beneath the burden of dark truths that our legs grow strong enough to carry us to the light of a new dawn.

Nazim prefers to use his playing cards as mana to fuel abilities, consuming his attack to draw another spell instead. Since most abilities only require a card of a specific suit, you can use lower value cards as mana while retaining higher value cards for defense. Although his base combat prowess is low, he has plenty of abilities to keep him shielded from enemy attacks. But combat is not beyond Nazim's expansive knowledge. With the right traits and abilities, he can turn into a fearsome warrior! In any case, no one can burn through large groups of enemies faster than Nazim.